“No one likes the so say ‘compensation culture’, but likewise no one wishes to see those with genuine injuries ‘railroaded’ by large insurance companies”.

Those are the sentiments of local personal injury solicitor Steven Simpkins who has joined other members of the Association of Personal Injury Lawyers (APIL) and Access to Justice (A2J) to lobby the government and local MP’s on the proposed reforms on whiplash claims.

In the Autumn Statement of November last year, The Chancellor announced plans to increase the small claims court limit for people injured through no fault of their own, and to abolish recompense altogether for almost all those who have suffered soft tissue injuries in road accidents. 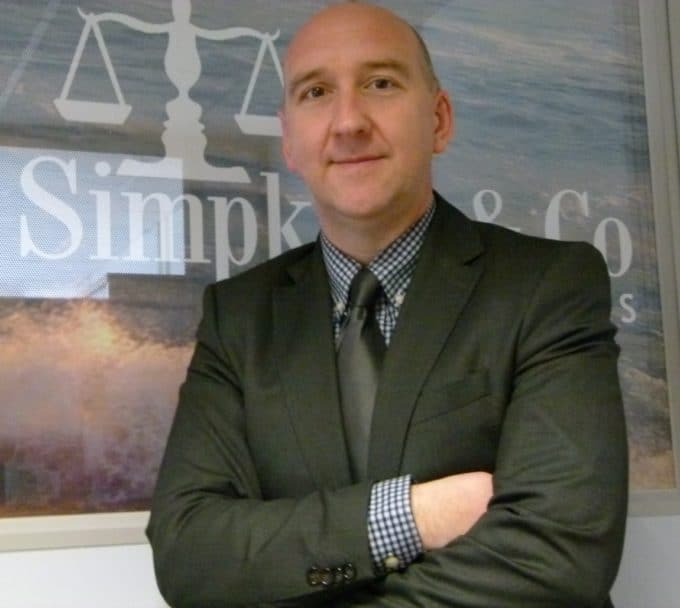 According to APIL’s own figures this could mean that up to 85% of injured people would be denied legal representation, leaving them to the mercy of the large insurance companies.

Mr Simpkins, whose Highcliffe firm Simpkins and Co Solicitors represents clients from across the local area, is adamant that it is the general public who will suffer.

He stated, “Of course there is a risk to jobs in the legal sector, but more importantly members of the public who have a genuine claim will be denied access to justice. Even in the case of quite serious injury, people could find themselves fighting against insurers with no legal representation to help them fight their corner.”

“The insurance industry has persuaded ministers that the proposed reforms will bring down insurance premiums, but we believe it is smoke and mirrors to compensate for their falling investment income.”

Action group Access to Justice also say that drivers are paying the penalty for insurance companies’ greed. Average car insurance premiums continue to rise, and yet figures released by the Association of British Insurers (ABI) show the amount paid out annually by motor insurers fell from £8.3 billion to £5.89 billion last year – a decrease of £2.41 billion; yet savings from this multi-billion pound windfall have not been passed on.

Steve added, “Rather than point the finger at lawyers and overstate ‘ambulance chasing’ activity, insurers could take more responsibility themselves, such as data sharing about any duplicate or fraudulent claims. If these reforms go ahead it could undermine the legal rights of millions of UK citizens. It’s all a bit ‘under the radar’ at present, and we want to raise public awareness of the situation before it’s too late.”

Access to Justice is an organisation interested in advancing the interests of injured people to recover their legitimate losses. You can find out more about their campaign at the website: www.accesstojusticeactiongroup.co.uk

This site uses Akismet to reduce spam. Learn how your comment data is processed.